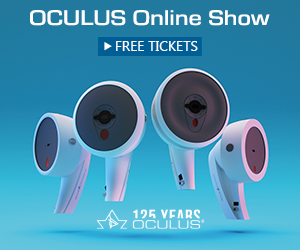 IMPORTANCE: Trabeculectomy is the surgical standard of care for patients with medically refractory glaucoma. The use of antimetabolite agents, such as mitomycin, has increased the rate of complications after trabeculectomy. OBJECTIVE: To determine the rate of trabeculectomy-related complications during a 25-year study. DESIGN, SETTING, AND PARTICIPANTS: For this retrospective, population-based study, we enrolled the residents of Olmsted County, Minnesota, who underwent a trabeculectomy from January 1, 1985, through December 31, 2010, at the Mayo Clinic and Olmsted Community Hospital. Data were collected from August 2012 to September 2013 followed by data analysis through January 2014. EXPOSURES: After reviewing the patient records, we determined the occurrence of complications, including bleb leak, hypotony, hyphema, choroidal effusion, choroidal hemorrhage, blebitis, and endophthalmitis, as they relate to the mitomycin concentration administered during the operation. We reviewed relevant publications in Ovid, MEDLINE, and PubMed to identify studies representative of the reported trabeculectomy complication rate. MAIN OUTCOMES AND MEASURES: Cumulative probabilities of short- and long-term complications, determined using the Kaplan-Meier method, and the relation to mitomycin concentration applied during trabeculectomy. RESULTS: In 334 patients, 460 eyes underwent trabeculectomy (mean [SD; range] follow-up, 7.7 [5.7; 0-27.7] years). Among them, 159 eyes had complications, with early complications (<3 months) in 100 eyes and late complications (≥3 months) in 59 eyes during the follow-up. Ten eyes had an early and a late complication. The 20-year cumulative chances of early, late, or any complication were 19.7% (95% CI, 16.2%-23.6%), 26.0% (95% CI, 15.0%-36.0%), and 45.0% (95% CI, 38.0%-52.0%), respectively. The cumulative probabilities of vision-threatening complications during 20 years were 2.0% (95% CI, 0%-4.0%) for blebitis and 5.0% (95% CI, 1.0%-9.0%) for endophthalmitis. Association between the rate of trabeculectomy complications and mitomycin dose used was P = .77. In total, 98 cases (21.3%) underwent further surgical procedures related directly to the complication. CONCLUSIONS AND RELEVANCE: The rate of trabeculectomy-related complications does not appear to be associated with mitomycin use during a mean follow-up of 7.7 years. The rate of vision-threatening complications appears to be comparable to those of previous studies of shorter duration.